CMI in working hand with Team from USA

As we need each other side by side Phil 1:27, it’s so advisable from the beginning that is not good, man to be alone, needs a helper. In the field of our master no body can work alone. One person can build church structure alone, but it needs the unity and working together of the Christians to build the kingdom of God.

We as the ministry of Calidality Ministries International CMI we give God the glory for the love he has towards us all the time. By His love we had our co-workers in His field the team of ministers of God from USA who visited us from 12th-18th Sept 2011. The team of four people i.e. Rev Dr. Manuel & Christine Cordero, Chap. Dr Mike Reighard & Sr Debbie Turner. This was one of the teams I have ever seen who are committed and flexible in work of God, surely they were good to us. They boosted our ministry from one level to another because they have many things we don’t have and we have also many they don’t have too, this shows that everyone of us in his field have something another one don’t have, and what one lacks another one has. It was another moment where we fixed each others’ gaps for the work of God.

We had different events i.e

“As always Actions speaks louder than words”, we prepared ourselves before reaching our brethrens who are inmates in the prison as an intention of ministering to them. We took tangible materials which showed clearly the love of God we have for them. We took 30 blankets, 4 boxes of soap, 4 packets of jelly, a box of drinks. We were in position of taking the Luganda Bibles but unfortunately they were scarce on the market by then. We reached well to the prison and prison officers assembled well the inmates for us to minister to them. The team ministered to the inmates and among the 30 who were met, 14 souls came to Christ. This was nearly to 49% of the met congregation. Later on we shared the drinks together with the inmates plus the wardens which refreshed us all together, after that we gave out what we brought to the inmates and left the prison.

We visited two Business colleges on 14th . in the morning we visited Institute of Accountants and Vocational School I.A.V.S, We were welcomed well by the administration of the institute. We were given the opportunity to speak to the students who had gathered nearly to 250 students in the hall. The team shared with the students and here it was so wonderful whereby besides sharing the word of God, they also shared with them the skills of having a wider view of business on the global world.

We had a good time of sharing how the business is done and carried out in Asia, Australia, Europe, America and Africa. The students where also asked to ask questions they have on the issues talked on.

Questions were asked and answered the whole team including Pastor Ronald Ssentamu the host. After all the sessions are done Rev. Dr Manuel Cordero requested Pastor Ronald to call for students who want to give their lives to Jesus to be their drivers in this crocked world. By God’ grace students were called and responded here we saw 45 students surrendering their lived to the mighty God. Pastor Ronald led them in the confession prayer. Later on we were asked to view the netball match they had for school houses competition. We watched the game for 25mins and left the institution. 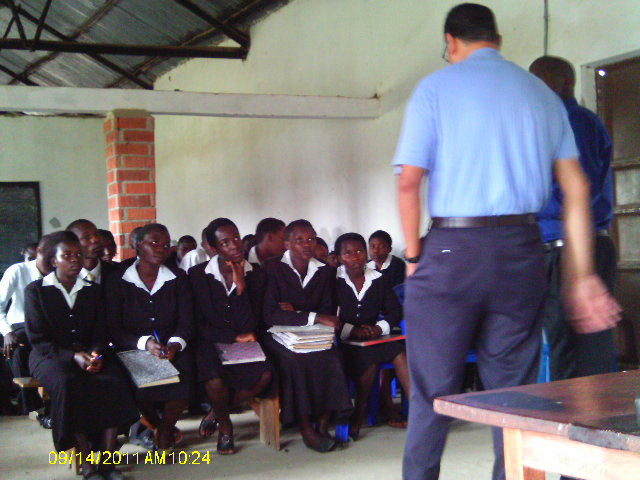 Rev. Dr Manuel Cordero ministering to the students at I.A.V.S. 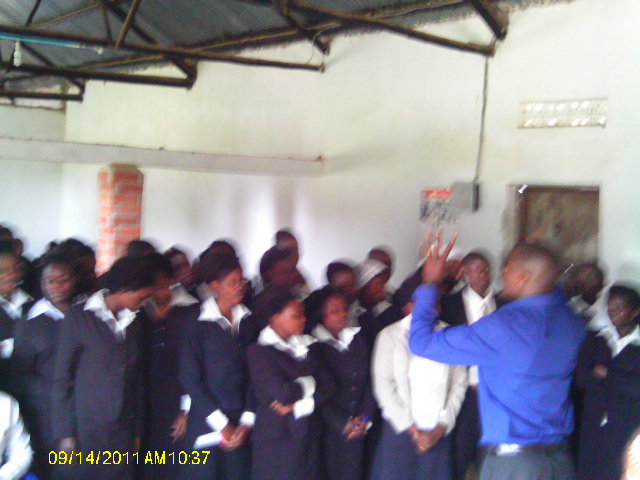 Here students are rising up hands after asked those who want to accept Jesus as their personal Lord and savior. By show of hands. And here Pr Ronald called them in front of the audience and He is briefing them before Repenting the confession prayer.

In the evening we traveled to another college called Kyotera College of Business Studies K.C.B.S almost the ministry looked similar but because the God is rich, the worship Team of Calidality Worship Center-Kyotera joined us and ministered to the students where many were attached by the message which was in the song of Bartimaus. Here 24 students believed in Christ. 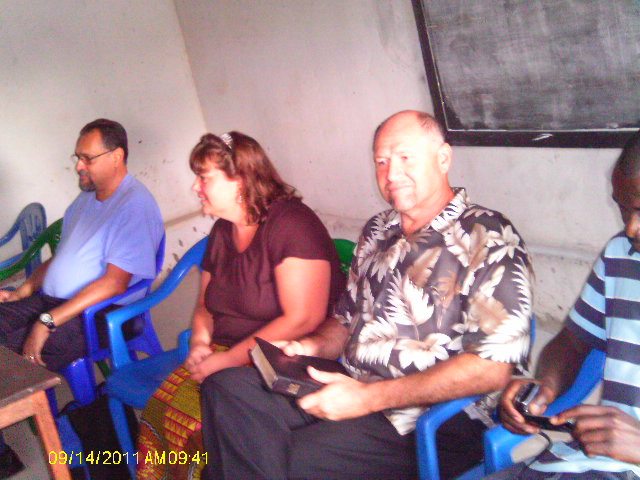 Here on left other teammates are in front of the congregation viewing and listening to the teaching of Rev. Dr M. Cordero. On right Calidality Faith Choir ministering before the students and the message of the song was on Bartimeus.

Now for here are souls which were redeemed in this mission.

On 15th & 16th Sept 2011, We held a conference for 2 days of which all believers were called to come and be ministered to.

Rev Dr Manuel Cordero & Pastor Mike Reighard, ministered in the conference for the first day where a number of believers were encouraged by the power in the word of God. From topics like Understanding the Love of God. On this day later on the evening Rev. Dr M. Cordero ministered to the congregation on the massage of Communication, it was another topic which was so interesting and a number of believers benefited so much.

After 1 hour of workshop, we came back in the church and Rev. Dr Manuel Cordero shared with the congregation how God healed him from Cancer for 7 months on the sick bed. This was a miraculous touch by God on his life. After his presentations on the Projector, many believers believed more in the healing power of God and many decided to come forward to be prayed for. Rev. Dr M. Cordero called all teammates and the pastors among the congregation to come forward and pray for the believers. Pastors anointed the believers and prayed for them. 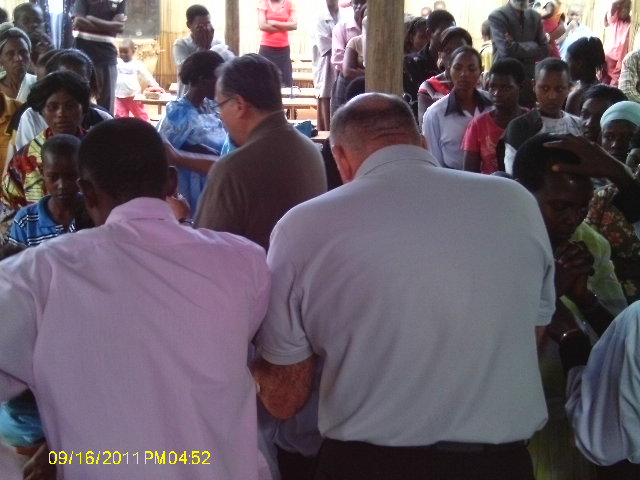 Here the pastors are anointing and prating for people after Dr M. Cordero’s testimony. 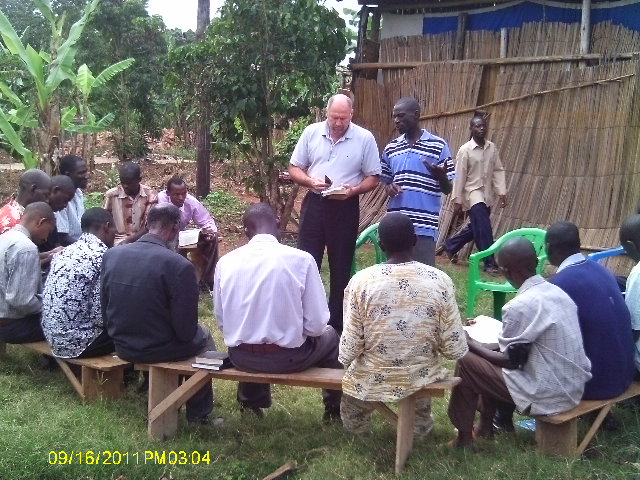 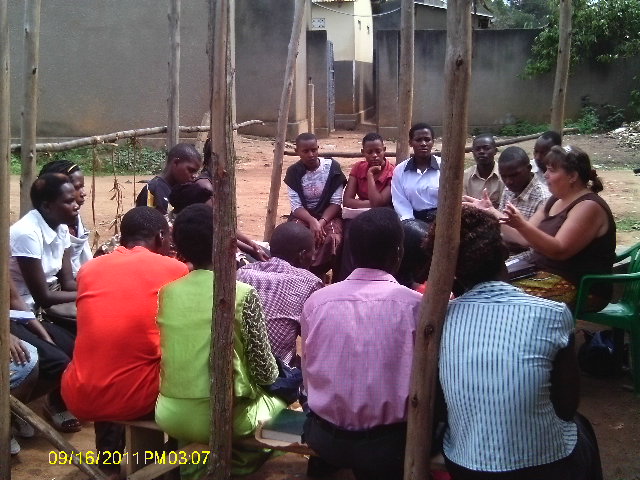 Here Sr Debbie Turner is strengthening the youth and encouraging them how to stay in  unity for the years of their lives. Her teaching is helped by pastor Dominic as He interprets.

CMI through Tonny Bwebale managed to bring together the PLWHA to encourage themselves and to build self confidence. This has helped so many PLHWA to gain hope and to believe in God that this is not the end of their time. Now the group has pver 30 members who are infected and affected being that they have so many orphans they take care of either their children or relatives. Here some who are care takers of the infected.

They have the system called cash round whereby every friday they meet, they solicit many and other basic needs and give it out to one person. This is done one per week and it caters one person per wk. This money helps the receiver tobuy some unmeet needs, transportation for medication and support to family. Every wk each person need $10. 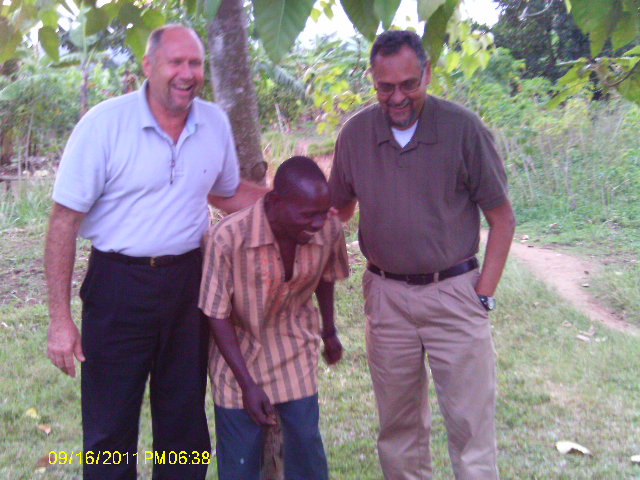 We thank God because one soul was redeemed. And His name is Joseph. 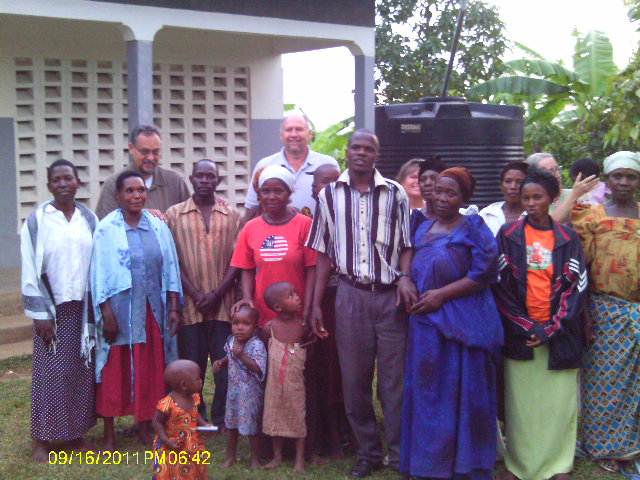 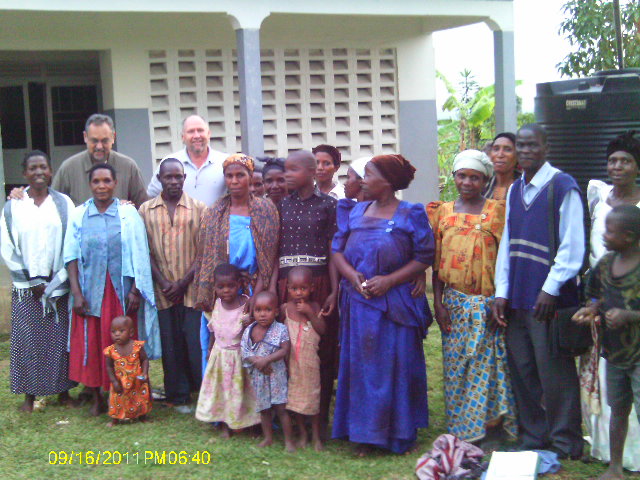 The team also managed to reaah these people on 16th after conference. The team contributed to this days' cash round to approx. $63.

We take this opportunity to thank God for His mercy he had towards us.